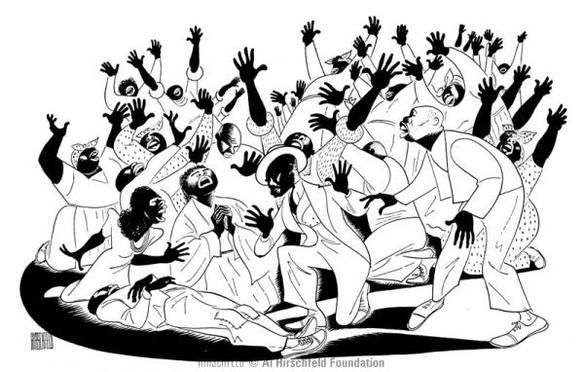 Porgy & Bess is a folk opera in three acts by George Greshwin set to a libretto by DuBose Heyward after his novel Porgy (1925), with lyrics by Heyward and Ira Gershwin. It was first produced in New York at the Alvin Theatre, 10 October 1935 (Crawford).

Gershwin, though quite successful in the Broadway and popular song milieu, was inspired to capture jazz's popularity  during the 1920s and imbue opera with its spirit . His initial intent was to feature "African American singers" in an operatic context (Pollack, 567).

With the concept in hand, Gershwin simply needed "a more picturesque and a less topical libretto" (Pollack, 567), a necessity, in his, view for a jazz opera to work. Such a libretto came in the guise of "Porgy," a novel by Charleston author DuBose Heyward.

Heyward's story draws much of its inspiration from the  black community present in Charleston at the turn of the century, with his primary character Porgy drawing specific inspiration from a local lame beggar named "Goat Sammy" (Pollack, 570). Heyward also drew continued inspiration from his mother and the greater community of writers:
Gershwin, too, drew inspiration from Charleston's black community. He attended local recitals, concerts, and church services, all the time immersing himself in the surrounding culture:
This combination of Heyward's solid libretto, augmented with lyric input from brother Ira, and George's own ethnomusicological research yielded a "more or less completed condensed score in January 1935" (Pollack, 579); Porgy and Bess was born.